I have taken some time to redesign the church website. While it might not be as pretty as the previous incarnation, I think it will be more useful. As you can see there is a column for Fr. Rafael, one for announcements and a third for other posts. This should give any visitors a quick snapshot of what is happening at All Saints.

I am still working on some other sections of the site and will keep everyone informed as I make changes. Feel free to share your comments and issues about the new look. 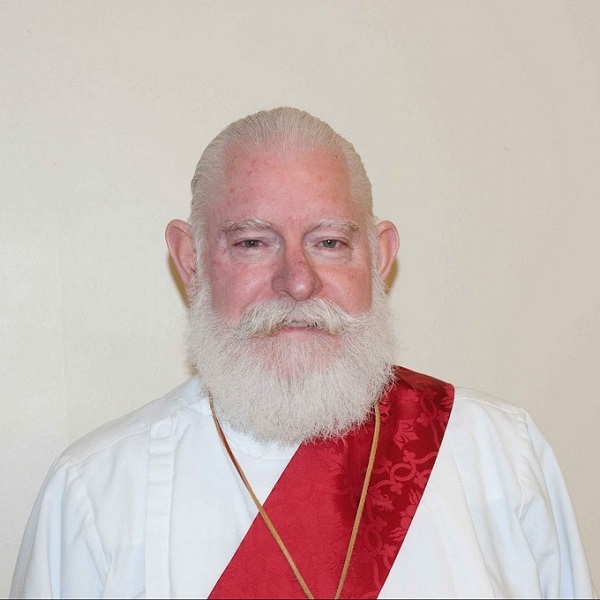 The Reverend Karl E. Gustafson III was born in the Denver Area and spent his teenage years in Kentucky.
When he graduated High School, he entered into Military service, joining the army. During his service, he lived in South Korea, Germany, and various states in the Union. After 12 years in the service, and three kids to raise, he left the Army and went to the University of Wyoming ( Go Cowboys!) to get a degree in Education.

In the fall of ’91, newly graduated with a Bachelor’s in Education, Karl got his first job in his new career as an educator here in Las Vegas. He joined All Saints and after volunteering in various positions, was called to be ordained as a deacon. He has served as a deacon at All Saints since his ordination.

Recently retired, he has begun to help in the office as the office manager.