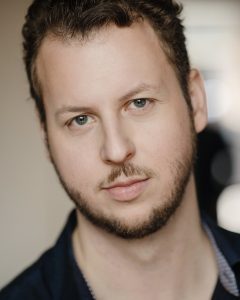 Dr. Sebastian Haboczki is an operatic tenor with a “lyric and sweetly emotive” voice (Dawn Martens from Opera Canada) who has been acclaimed for his “power and his voluptuous timbres” (Jeanne Hourez for Sors-tu?). This “promising tenor” (Christophe Huss for Le Devoir) has delighted audiences in Canada, Europe, and the USA.

A seasoned performer, Sebastian has made his operatic debut in Canada, Europe, and the USA. He also had the great privilege of making his debut at Amsterdam’s Het Concertgebouw in the summer of 2012 in an opera gala with the Opera Netherlands Studio singers.

Sebastian also obtained his doctorate under the tutelage of famed Canadian baritone Kevin McMillan. Over the last decade he has been the Music Director, Organist, and Choir Director at over seven different churches throughout Canada and the United States. His mission as a leader is to build up a sustainable music program and concert series that supports and unites the community and congregation. 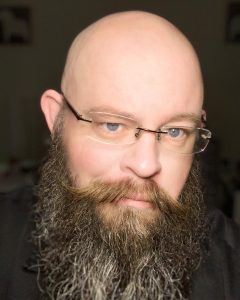 Karl Edmund Gustafson IV was born in Würzburg, Bayern, Germany, before the Fall of the Wall to a military family. As is the custom in all military families, he moved everywhere. Texas, West Virginia, back to Germany- When dad skipped out of the military after a family tragedy, he ended up in Wyoming for half of his growing years. Then after dragging a baritone home to the trailer park behind a future McDonald’s that would be there years later, he learned of a city called “Las Vegas.”

Plunged into a Pepto pink house in the center of hell, he was consigned to be drug to his Spiritual home, All Saints’ Episcopal church. “Make friends!” they said. “You’ll like it!” they said. Begrudgingly, I have to tell you that he did make friends, and he did like it. He would even hang out in the parking lot with his friends when he had to drag his tuba to Twin Lake Elementary down the road. He’d brag that it was his church. Six schools and a diploma later, Karl (Better known now as “Guss”) got busy with making kids, and his son, Karl Edmund Gustafson V, was born at UMC and christened at All Saints by the Original Priest in the family, with his grandpa, The Deek, looking on.

For a career, Guss cooked, and other things, because cooks don’t make enough to live any sort of real life. He has a broad view of life and living due to his experiences. He has served as the Clerk for the Vestry at All Saints for several years. He is also the Leader of the Pastoral Care Team, and the Social Media Ministry ( so the service streams are his fault) feel free to send blame, questions, comments, and condemnations to his email: technominister@allsaintslv.com

Graduated with Honors in Social Studies from Cheyenne High School

Hobbies: Cooking, Computers, TTRPGs, Gaming, Streaming, Camping, primitive hunting, desert bushcraft, music. Ask his mom what instrument he plays; her response is “yes.” If you could be any fictional character, who would it be? Han Fricking Solo- I shot first, people… What is your favorite attribute of God? The sense of humor. I mean, have you seen an avocado?

What is your favorite Bible verse or saying? I am giving you two.
1. Matthew 6:5-6 “And whenever you pray, do not be like the hypocrites; for they love to stand and pray in the synagogues and at the street corners, so that they may be seen by others. Truly I tell you, they have received their reward. But whenever you pray, go into your room and shut the door and pray to your Father who is in secret; and your Father who sees in secret will reward you.”
2.From the Coptic Gospel of Thomas: “Jesus said to them, “When you make the two into one, and when you make the inner like the outer and the outer like the inner, and the upper like the lower, and when you make male and female into a single one so that the male will not be male nor the female be female, when you make eyes in place of an eye, a hand in place of a hand, a foot in place of a foot, an image in place of an image, then you will enter [the kingdom].”